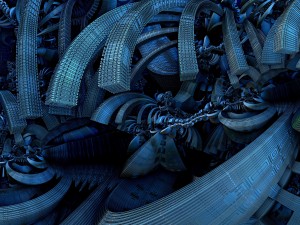 Abstract:  “This chapter reviews studies published in American Psychological Association (APA) journals from 2003–2004 and additional studies (received in response to listserv requests) that used the Internet to collect data (N = 121 total studies). Specific examples of three kinds of Web-based research are reviewed: (a) translational (established methods and research questions are adapted to the Web), (b) phenomenological (behavior on the Web is the focus of study), and (c) novel (methodologically innovations unique to Web-based research). Among other findings, our review indicated that 21% of APA journals published at least one article that reported on Web-based research, most Web-based psychological research uses experimental methods, a surprising number use college student samples, and deception in Web-based research is not uncommon. Strengths and weaknesses of Web-based psychological research in general, and our sample of studies in particular, are reviewed with special attention to possible concerns about sampling and the use of deception.”

The three categories of web-based research the authors used to classify all the experiments they looked at differ in their methodological use of the web as a way to gather data.

a) Translational uses the web as a tool, rather than any questions of the psychological effects of the web as a medium. Translational examples include personality quizzes, emotion-eliciting ‘fake’ emails, surveys controlled for bias through the route and time-frame they were accessed, and mini-games of recall or those that work particularly well at movement from an offline lab setting to online interaction. Essentially being the tried and trusted psychological studies adapated to a new delivery format. This was the most abundant category of studies surveyed, perhaps due to the ease of transferring existing experimental designs versus the emergence of new questions in the field.

b) Phenomenological makes use of the medium as an interaction space and how it affects psychological interactions. So, these experiments utilize the way web users communicate with each other and their effects. Online communication provides anonymity, lack of perceivable group to hang a bias upon, and the delayed time of responses that allows individuals new freedoms in social interactions. As this creates opportunity to experiment with an identity or interests that are marginalized and stigmatized in meatspace, these opportunities offer more freedom for self-discovery. Expression of sexual identities and the resulting self-acceptance of them shows that these explorations can empower individuals to make changes in their lives they might otherwise see as risky. I find this very interesting, as I have myself experimented with my own identity online – as a way of ‘trying out the new clothes’ of something I found kinship with, but didn’t understand fully enough to solidify a relationship with as an identity. Pen and paper role-play gaming also offered this opportunity, but that was constrained by the social group of my friends, whereas my online exploration could be more radical. One might not test out something that they find strongly disgusting or angering when it would have long term effects on your friends group, but through the ‘safety’ of the internet, it’s easier to try out actions in those spaces to see if empathy or aversion continues.

Another phenomenological type of study involved the assessment of community feelings arising from shared interests, in this case the reading of a single blog and participation in the comments sections. There was a shared sense of identity formed with this that transcended barriers of socioeconomic status and location. The effects of online time and existing social connection was also considered to be part of this category of study. The community and identity portions of internet interactions have been the most fascinating to me to watch as they’ve developed. With time the tools have gotten more effective at connecting communities and information, but there’s also been a diversion of keeping the anonymity and facelessness on some sites, whereas the trend in social media is largely towards bringing that back through favouring profiles with headshots and accountability to realworld personae. 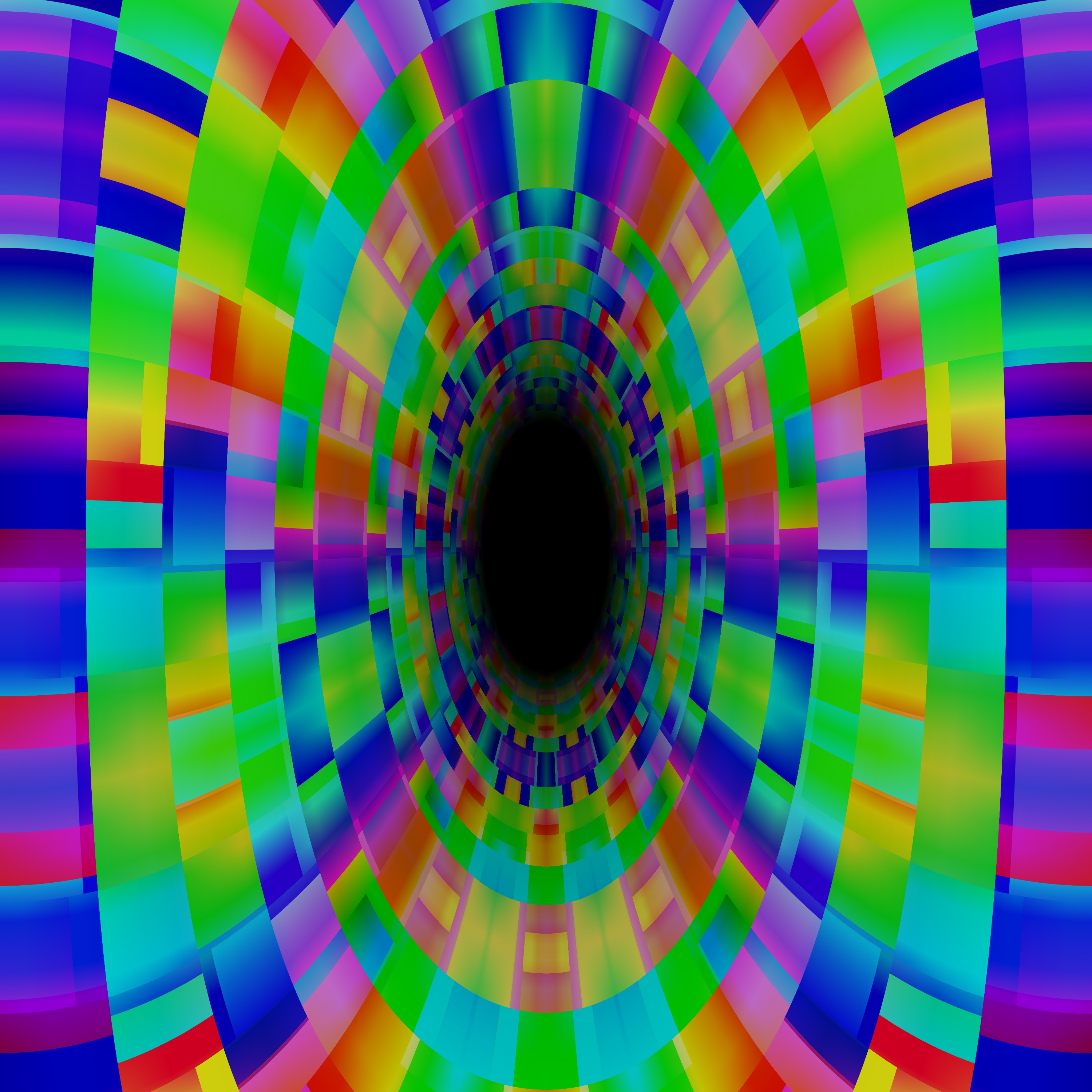 c) Novel, the final category, makes up only 1/20th of studies in the review, but the authors felt was distinct enough to warrant separate description. These neither used earlier methods of psychology experiments nor did they investigate the effects of how individuals used the Internet. The examples provided include: subsampling online reporting of users music listening habits to assess genre preferences (my stats for example), comparative personality tests through personal and peer assessment (this was also using online quiz technology, so it’s more a tweak of previous methodology), reactions to false and inflammatory informations posted in social forums, and variation of ethnic identifying usernames on product postings to assess prejudice through response rate. The last one should sound very familiar to many of you, as this methodology is not only employed by internet marketing to try out many combinations of wording and user perceptions, but also brings to mind the studies of employment opportunity considerations based upon ethnic names on the same resumes.

Digging into the methodological approaches, the ability to gather data structured and controlled enough to be considered experimental was dominant (54%), with correlational data making up the bulk of the remainder (39%). If you took Psych 101 at any college, chances are you were required to participate in experiments as a part of the course. Although the internet should allow greater access to representative samples through reduced cost of access, a substantial 25% was still from college students. Tsk tsk tsk! But it was very good to see both random and self-selected sampling of individuals had good showings, of 36% and 35% respectively. Eighteen percent of the studies employed deception in some manner, which is perhaps a lot better than what can be said about much online interaction! They come back to deceit a few times later and propose that deceptive research could change the public opinion about psychological research on the internet for future studies, but given the size of online communities, their turn over and goldfish memory, I think that this is too much worrying. Overall it appears like the Internet is an efficient and effective method for psychological studies of all kinds.

It is not all rainbows and gigabytes though, as a new medium creates new challenges and disadvantages to address. Many of the benefits have corresponding negatives such as: non-representative of non-web users, low response rates, anonymity and lack of accountability that introduce contextual problems which limit generalizations or extensions. My personal interests revolve around the anonymity, so I apologize that I’m ignoring the other drawbacks here. The nature of anonymity means that there is always some uncertainty when working with an identity that the subjects are who/what they report themselves to be. There’s also the protective effects of anonymity that don’t lead to repercussion for anti-social behaviour. Psychologists generally refer to this as  the ‘Online disinhibition effect‘ but it’s more colloquially known as the ‘Greater Internet Fuckwad Theory‘ which can be formulated as:

I personally prefer the ‘Alternate Internet Fuckwad Theory‘ which is: Relatively Normal Person + Perceived Internet Privacy + Yes Man/Ma’am Audience = Total Fuckwad. For accuracy, I’d like you to note the cartoons describing both of these theories assert that the F-wad says ‘Shitcock’, but really I’m just amused that I get to drop so many swears in an otherwise serious paper summary (for teh lulz!).

To finish up, the authors paint a reassuring picture for the Internet as a medium for serious psychological research because of the benefits of access, cost-effectiveness and reach allowing for larger and more representative samples, albeit with a few new considerations for sampling. I reviewed this paper because it was very highly cited and I wanted a good base for future readings, but if you’ve made it this far you can probably skip reading it yourself (It’s from 2006 after all). The phenomenological researches of how the Internet shapes culture and interactions is a fascinating field and I think is increasingly important as time goes on. At either end we can see alienation due to some aspects, and creation of community at the other. The ability for people to find a place to call home, or to hide from others, are certainly new cultural aspects that we’ve never had to deal with in the past. I’m hopeful that the spread of information will outweigh the negativities that the web may perpetuate, as we develop new social norms for reinforcing etiquette and niceties in these anonymized but relatable virtual spaces. But there will always be dark corners of the internet you’ll probably want to avoid, unless you’re a teenager getting out the vestiges of an identity that involves incessant cussing.