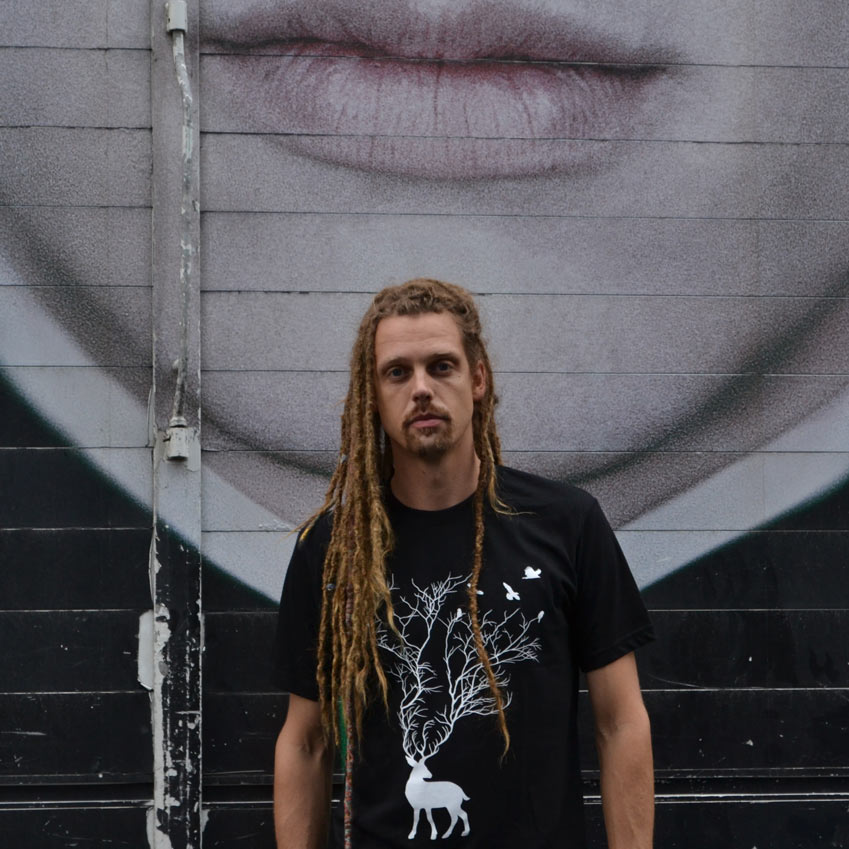 Forage is passionate about understanding the natural world, especially complex systems like biodiversity. He views music as an ecosystem, where each element has a niche and interacts together. The emotional quality of music is beyond analysis though; the why doesn’t matter if there’s a song that touches you. His philosophy for selecting music is: only the songs which are both memorable and make you move. In the macro scale, he has a sense for theme and feeling through a performance, but plays to the crowd, interacting with a dancer’s wants but alluding to new directions. With over 10 years of experience as an opener and supporting DJ, he’s become adept at this balance of playing appropriately to the moment while presenting his own style. Throughout the years in Edmonton, he focused on community-oriented and underground events and festivals, but also had residency in upscale lounge and restaurant gigs. Since moving to Montreal, he has been even more inspired and is producing tracks regularly. He’s also collaborated with modern dance performance and is currently in an electro-acoustic project. All the while he’s been mathematically modelling biodiversity of plant species. In the next year he plans to release many of his tracks, and further strengthen the tendrils & roots of performance and repute.
Styles: Techno, dubtech, techouse, mnml, future garage, progressive, tribal dubstep, intelligent d&b, idm, postrock, psydub, ambient, industrial, acid jazz/wonky.

Accolades and Achievements of 02015